"I feel it is my duty to reward open mindedness and imagination whenever the opportunity arises".

Dr. Otto M. Schenker is a brilliant German scientist who was the brains behind the human time bomb project. He later decides to defect from East Germany which allows him to be kidnapped by H.A.R.M.. He is later rescued by Cate Archer from the H.A.R.M. North American facility. He then joins UNITY in stopping H.A.R.M. and helps them mass produce the antidote for the time bombs. Later he becomes their chief scientist and yet again helps them create a weapon that can destroy H.A.R.M.'s super soldiers.

On March 5, 1929, Otto Schenker graduated from the University of Hamburg with a Doctorate in Microbiology and a minor in Astrophysics.

At an unknown point in time, possibly following his defection to the West, and employment with UNITY, Dr. Schenker was awarded a certificate of Excellence in Scientific Research and Discovery by Jim's School of Science.

Dr. Schenker in No One Lives Forever 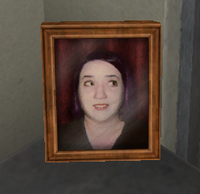 Dr. Schenker's diploma from the University of Hamburg

Dr. Schenker's award from Jim's School of Science
Add a photo to this gallery
Retrieved from "https://nolf.fandom.com/wiki/Otto_Schenker?oldid=7999"
Community content is available under CC-BY-SA unless otherwise noted.