The Hampton MPL 9mm SMG (The Walther MPL) has a 30 round magazine capacity, is chambered in 9x19mm and has the ability to mount a sound suppressor. It can use standard FMJ, Dum-Dum and incendiary ammunition. It can not use cyanide rounds like Gordon SMG but it has a suppressor for fitting in stealth missions and packs a visibly low recoil when suppressed.

A few factions in the game use the Hampton MPL 9mm SMG as their standard SMG, including UNITY's commandos and Magnus Armstrong's H.A.R.M. paratroopers. Cate Archer keeps an MPL as well as Petri revolver in her apartment. 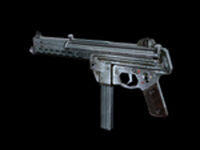 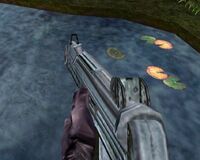